What is a Centrifugal Pump?

A centrifugal pump is a machine that uses rotation to impart velocity to a liquid, it then converts that velocity into flow.

In that definition you can see that there are two things going on:

Manometric head = Workdone per kg of water – Losses within the impeller

The Impeller and Centrifugal Force

The impeller rotates and creates velocity. 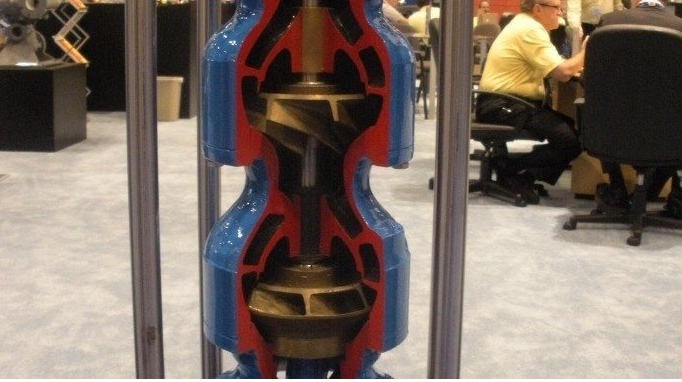 One way to visualize how an impeller works is to consider what would happen if the rotational speed of a Ferris wheel increased rapidly.

Imagine that you’re on a Ferris wheel and suddenly it begins to spin rapidly out of control. Eventually, if the speed of the wheel was great enough, the buckets would no longer keep your feet towards the ground as the wheel rotated. Instead, the buckets would remain extended fully away from the center of the wheel regardless of their position relative to the ground. So one second you’d be right-side-up, but once your bucket reached the top of the Ferris wheel, you’d be upside down.

This is the principle of centrifugal force.

Centrifugal force is the force that will hold water in a bucket if you spin the bucket rapidly up over your head and then back down again.

To make our visualization a little safer, no imagine that no one is on the berserk Ferris wheel, but that you’re watching it from the ground. If for some reason all of the bolts that were holding the buckets onto the wheel were to fail, imagine the result. If all the bolts failed at once the buckets would go shooting off of the wheel in all different directions. Some would go straight up, some would head for the parking lot, and some would slam straight down into the ground.